For 12 years I have been using arvystate name and arvystate.net website as a place to post about projects I deemed interesting. Since Unified Sense is now a place where I post everything, I have decided to bring an end to arvystate. I do not think keeping two sites and names associated with myself makes much sense. Even so, I have not updated arvystate for months, which means that the site is quickly vulnerable to 0-day attacks.

I believe it is time to just move on. But I do think it deserves a short story before I take it down. After all I’ve met many of my friends through contact pages of it.

Arvystate came online in sometime in 2004, when I was just a teenager. I created a very simple HTML page with my email details and a couple of links. But I was always struggling to keep it updated. A couple of years later I wanted to find an easier way to edit it, so I set up a CMS. One of the only available open source systems at the time was PHPNuke. Does anyone even remember that? It still had all the features I needed, which include a template system, which I used to build my own design of the site. Ugly looking thing, but it worked.

Later I realised that PHPNuke really does not look like anything anymore and even has many security vulnerabilities, which do not get patched up fast enough. So in 2008 I switched to new system and design over a PHP based e107 CMS (which is still regularly updated at the time of writing). Site was now much faster and even easier to use. I was quite happy with the result to be honest.

Years went on, I continued with my studies and learned many things on the way. Later I discovered some script kiddies even exploited my e107 page and put a 10-line PHP DDoS script to attack some random website. It did give me a little push to shut the site down and rebuild it.

Finally towards the end of 2013 I created the final “blog” version of the site, which you could see online until now. It was a simple WordPress based site, with a modified custom theme. It was one of my best designs so far and I really put a lot of effort into creating it. 🙂 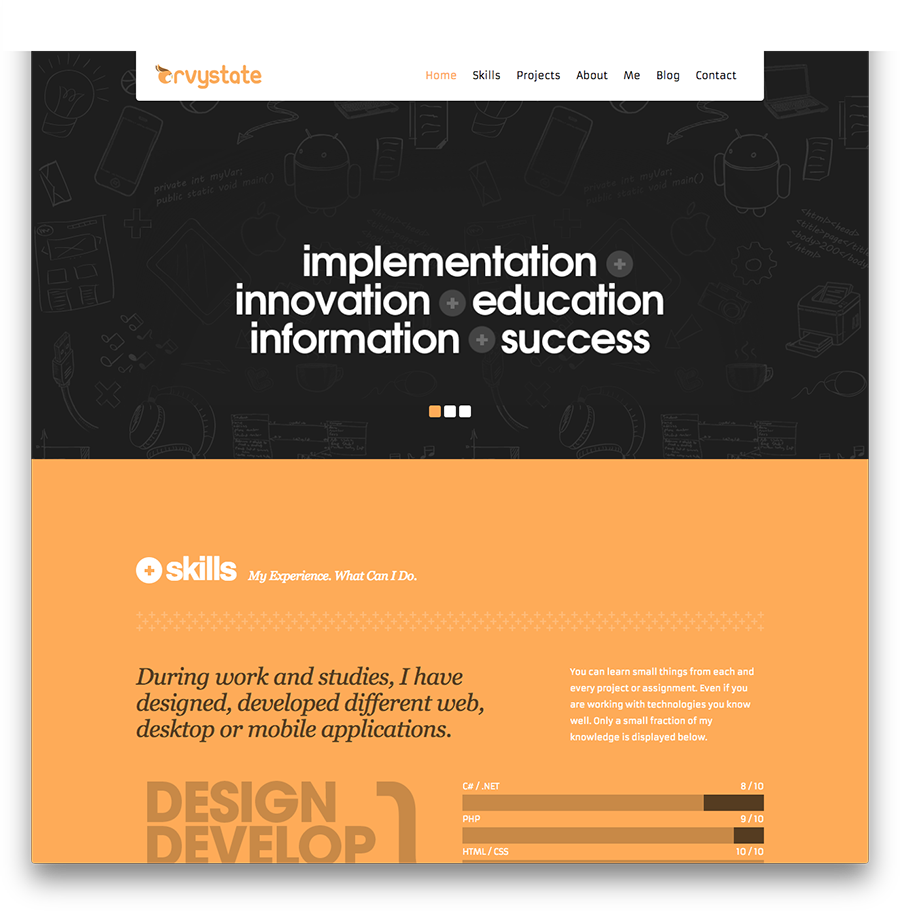 Arvystate is now offline and rests in peace.

You might still see the logo in some places, but I will be replacing it slowly. All the projects and code I shared on the page is now available on GitHub under arvystate organization. If there is something that I forgot to put online, send me a message.